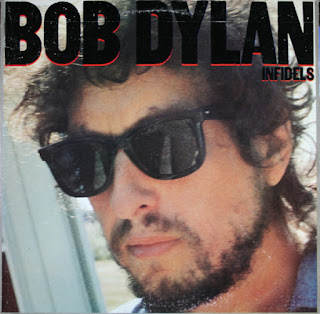 Country and Year of Edition Issue: US 1983 Pitman Pressing

Current Number on Sale at Discogs: 92

Time it took to sell: 4 years

Where and When Bought: maternal grandmother tipped off by mother, gift xmas 83

Sad To See It Go: No

I got a suggestive email from this girl (or Russian bot) "sweetmarie76" that I had to delete. She/it browbeat me about mentioning Infidels in various writeups without putting myself on the line to write about the work itself.  Perhaps I was too timid to come out as an Infidel myself.  Or misspeak and brand myself the wrong kind of Infidel.   How was I going to handle the overwhelming 80's mix of Sly Dunbar's snare?  How was the Reverse Collector (TM) going to assess perhaps the rightist of "Right Wing Bob"?

"Union Sundown" reflects a reality nobody wants to face, and this return to "topical protest" didn't age well.   Bob runs a company and his band is a line list.  As big as you think Bob is, he is "small business" versus the corporations that bought and sold him like Sony and Universal.  So the collective labor power block rankles the small businessman when they have  90 waking minutes at home on average per day.   I’m more familiar with the other side from the experience of going to the South Bronx to do part time overnight hard labor bookended by a 90 minute subway commute each way at a corporate run warehouse, half a year between better jobs.  That’s a world where unions are totally smashed, and there are bottom feeder agencies that take a cut out of the unionized labor world that are even worse.   Seeing the aggressive anti-union narrative in the "job orientation" codified in a "training video" showed me in stark terms how the dehumanization of labor has escalated over the past few decades plus since this album was released.  Is the issue "greed" or "control" through "violence"?  All of these terms are subjective, but the song indicts as much as  "The Lonesome Death of Hattie Carroll." or "Hurricane."  Except this time it's the little man getting the indictment.  Clydie King, nearly a decade removed from "Sweet Home Alabama," underscores this in her co-vocal.  Perhaps the reconstituted Skynyrd should cover the song if they've got anyone left to do it.

"Neighborhood Bully" was the only rock radio hit I can recall, MTV videos for other Infidels songs notwithstanding.  In 1983 Reagan America , the song seemed almost apolitical, maybe even cryptic in it's day.  Now everybody and their brother knows what it's about.  I'm not going to dig further into global politics, but I'd be curious to see a roundtable on the children and grandchildren of Bob on what this song means to them in 2021.  Not for some kind of a celebrity expose, but I have a feeling there might be an interesting range of opinion that could open somebody's eyes on what would come out in the aggregate.  I guess in the internet age,  even that would be too dangerous an idea to suggest, in a time where nobody can handle an opposing point of view, if they ever could.

To me, "Jokerman" is "Top 10 Bob."  Maybe 85 songs fall in this category, but I never felt this way until I saw him live at Roseland in NYC in the mid 90's open with the song.  He sang the chorus more bitter than blythe, although neither of these words truly describe the tone.  I can only really reconcile this  in my mind with a later Patti Smith song called "Death Singing"  Too much life to be considered  a dirge.  It's a vocal feel that adjusts an attitude for sure.  On Infidels itself, the sound I'm trying to describe is nearly found on the closer "Don't Let It Fall Apart On Me Tonight," which has risen in my estimation of all things Bob.

The other standout song on my recent listens to Infidels is "License To Kill."  Prophetic continuation.  The first foot on the moon has sent us down the road of doom.  We can know much and still know nothing except our own inevitable mortality. "Man is opposed to fair play/He wants it all and he wants it his way."   Maybe Bob isn't so certain that renting out a body in any way, shape or fashion is good for anyone. Yet, who wants a fiscal leech in their lives in modern times of fair play and rugged individualism? When one is of two minds, are they an Infidel to themselves?  One can certainly set themselves up to be an Infidel to all.

A political world we live in,  Bob noted half a decade later.

"This world is ruled by violence.  You better get that through your head."

Popular posts from this blog 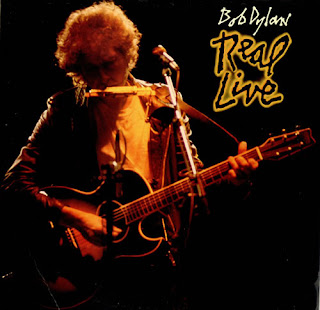 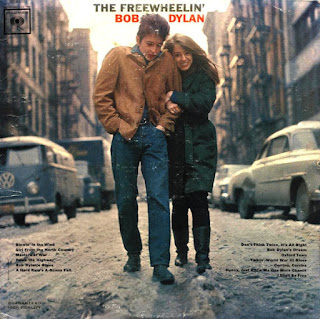